It seems to be a big day for people I know on TV… here they quiz my mom and some other teachers (and students) on world figures on a CNN video. With the exception of letting the words “King Kong” slip out when trying to get Kim Jong-Il’s name, she did pretty well.

Jonah from the darfur wall was featured on TV last night. Congratulations Jonah! The statistics are fun to watch.

I was disappointed at how long it took me to get this ad.

The picture looks completely innocent…until the details sink in. 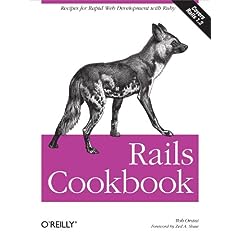 If you pick up a copy of the newly released Rails Cookbook from O’Reilly you’ll find my name under the “Acknowledgments” section in the Preface. This was the first time I had the opportunity to be a technical reviewer for a book, and it was fun and interesting. Go pick it up!

It’s rare during the winter months to spot someone on the street holding up a Seattle tourist map, but I ran into one this morning. My walk to work doesn’t go by any major tourist attractions, so when I see people with maps I usually end up having to tell them where downtown is because they want to see the market, or in one case pioneer square, which is roughly 25 blocks away.

This morning the guy I offered to help was named Salvatore and he was from Italy. He works for a company that builds ships, or ship supplies, or something along those lines. He was in town to visit one of his best customers Holland America, which is actually right near where I work. So, we walked there together and chatted a bit. He said he was just coming from Miami which he really disliked because you can’t walk anywhere. He was happy to be back in a city where he could walk from his hotel to his destination. I mentioned my last name and he said “central Italy?” to which, of course, I had to say I had no idea because whenever I’m told where I’m from I seem to forget it.

He mentioned he was from Florence and I told him I’d been there many years ago and really enjoyed it. He said he thought it was the most beautiful city in Italy. It’s not as large as Rome, and it’s not as overtly touristy as Venice (I’m paraphrasing). It has a rich history without being in-your-face about it. I walked him to the office he was looking for and he realized he was 45 minutes early – he had accounted for getting lost, and didn’t. He offered me a cup of coffee but I had to get to work, so I pointed him at the Shanty Cafe. The Shanty is awesome, but it looks like a dive. In hindsight I wonder if he thought I was playing a prank on him. He gave me his business card and I checked out his company’s website. Frontpage 3.0. Ouch.

My friend Nick pointed this out to me. Basically this guy is on his second Xbox 360 which died for the same reason as his first one, and this time when he tried to return it they said he had to provide his own box to mail it and pay for shipping to their facility, and they would mail it back in the box that he provided them because “[they] have no boxes.”

Now he’s raising money to send them his Xbox in a 40 foot solid steel shipping container.

So, LT is pissed after the Patriots beat the Chargers yesterday. All over the news he was quoted as saying:

When you go to the middle of our field and start doing the things that Shawne Merriman is known for, thatâ€™s disrespectful.

However, I watched the game, I’ve searched google, searched youtube, watched NFL Primetime, and seen quite a bit of news coverage and I have yet to see any pictures or videos of that happening. Where are they? It wouldn’t terribly surprise me if it happened, but for the thousands of cameras on that game I am surprised I haven’t seen any pictures of it.

I think this article is a pretty good response to LT’s comments. Not only does Shawn Merriman dance after celebrating a play against a competitor, but in fact he does it so often that he’s known for a particular dance, is evidently ok by LT. If an opponent does the exact same thing, it becomes “classless.” I’m also not so sure preventing non-in-state residents from buying tickets is a classy move… nor was Drayton Florence headbutting Daniel Graham in front of a referee. There were a lot of things that went down this weekend that weren’t exactly “classy”, but they went down on both sides.

I went 3 of 4 again this week. The game I’d listed as “the toughest one for me to call” was indeed the one I got wrong – the Colts beat the Ravens. I was surprised how well the Seahawks played against the Bears, but indeed they lost. The Patriots game was nerve-racking but they came through.

Next week – Pats over the Colts, Bears over the Saints. I don’t feel great about either prediction. All of the teams are excellent. I’ll be in Vegas frantically looking for a good place to watch the Pats game. Maybe I’ll even make a wager or two.

Hilarious. His sunglasses are such a great part of the joke.