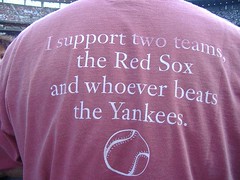 We were having a discussion at work about birth rates around the world, and happened upon an article at Wikipedia about the Human Development Index. It’s a composite number that takes into account a lot of factors (poverty, literacy, life expectancy, etc) for each country around the world. They also have a really interesting map:

The contrast between Africa and the rest of the world is startling, in particular Niger which has the highest fertility rate in the world, as well as the highest infant mortality rate. Also striking is the color difference between Hati and the Dominican Republic.

An interesting (and short) article over at arstechnica takes a look at that question. If a website ranks highly in searches, and search rankings are based on popularity, won’t that only serve to make the website more popular and keep it high on the list? This study suggests, counter-intuitively, that the opposite is true.

In IntelliJ, they have a built in code inspector with will run through your code and find potential problems. The icon for this tool is a head that looks like a detective (“an inspector” I presume):

If you want the code inspector to ignore certain source files, or specific types of errors, they have a different icon for that:

I don’t know that the metaphor is especially helpful, but I think it’s at least moderately funny.

Real nerds would be all over these.

If you or a non-technical family member wants to put up a web site but doesn’t know anything about HTML, there are a number of options available. There are tools like FrontPage, Dreamweaver, and even the free Nvu which will let you build websites. However, even those tools are overkill if you just want to put some basic things online. (Nvu is also buggy to the point where I’d consider it worthless). Because my mom was looking to put up a website that she could manage herself, I investigated stuff like online content management systems, because when you’re working wholly online you don’t have to worry about uploading files, relative/absolute links become less of an issue, etc.

I didn’t find anything that looked particularly easy to use until I stumbled on SiteKreator. My mom was able to walk through the tutorial and set up her website with minimal frustration. They have a lot of built-in tools for creating image galleries (it auto-creates thumbnails, auto-aligns them, and auto-links them to big versions of the image) and laying out blocks of text/tables/graphics together. It’s an interesting UI as well – not nearly as complicated as the other WYSIWYG tools, but it still offers a “drop in arbitrary HTML” feature which would let you put a paypal button or some other fancy stuff in if you want.

This was the comic I saw in Maxim last month which caused me to find the Perry Bible Fellowship. I finally came across the online version.

I was flipping through the channels on Sunday and stumbled upon a tape of the recent Libertarian Party Convention in Portland, OR. They were showing a speech by Andrew Neil of the BBC. One of the interesting points he’d made, which I’d never considered, dealt with a common conclusion people make in elections with low voter turnout.

In the UK they went through a period of declining voter turnout during elections. It caused many to conclude and report that people aren’t interested in politics or social issues. Simultaneously (and unceremoniously), membership in various social groups and charities was on a rise all around the UK. He went through some numbers, many of which were quite dramatic. The point he was making was that election turnout isn’t a reliable indicator as to how much people care about their country, their fellow man, or how involved people are in their societies. His hypothesis is that people don’t participate in national elections because they don’t feel like they’re incredibly affected by the outcome. They involve themselves in areas that they care strongly about, and where they believe they will really be able to influence change.

Speaking at the Libertarian convention, he of course regarded this as a good thing. A population that doesn’t regard the federal government as a provider of everything they need, and a solver of all of the nation’s problems, demonstrates strong libertarian tendencies.

Teens whose iPods are full of music with raunchy, sexual lyrics start having sex sooner than those who prefer other songs, a study found.

Songs depicting men as “sex-driven studs,” women as sex objects and with explicit references to sex acts are more likely to trigger early sexual behavior than those where sexual references are more veiled and relationships appear more committed, the study found.